Continuing their years of philanthropy to Freed-Hardeman University, as well as many other entities, John W. and Rosemary K. Brown have pledged to give FHU $15 million over the next five years. It is the largest single gift in the history of the university.

Their latest gift to Freed-Hardeman will go toward an addition to and renovation of Wallace-Gano Dining Hall, a new software program for the university’s administration, and seed money to establish a scholarship program for minority students. The revamped Wallace-Gano will get a new name, the Dr. Elizabeth Saunders Center. It will include a cafeteria, Lion’s Pride Marketplace, student services, bookstore, mailroom and the ATPI Center for Digital Innovation.

ATPI will initially house four academic programs: robotics, artificial intelligence, computer engineering and cybersecurity. The center’s name honors the Browns’ parents, Albert and Treva Brown and Phillip and Irene Kopel; the letters are the first letters of their names. Although their parents are deceased, John Brown thinks “they would be extremely impressed.”

“They owned neither a computer nor an iPhone,” Rosemary Brown said, “but I think they would appreciate the honor.”

The Browns earned Associate of Arts degrees from Freed-Hardeman College in 1955 and completed baccalaureate degrees at Auburn University in 1957, he in chemical engineering and she in chemistry. Rosemary Brown later earned a master’s degree from Rutgers University. FHU awarded them honorary Doctor of Laws degrees in 1999.

They have contributed to various FHU endeavors for nearly 40 years, including scholarships, endowed chairs of excellence in Bible and mathematics and computer science, $5 million for the Brown-Kopel Business Center, $8 million for the Hope Barber Shull Academic Resource Center, and $1 million for the Physical Therapy Assistant Program.

FROM THE FARM TO THE BOARD ROOM

John Brown grew up on a farm in West Tennessee, where daily life was a struggle. Born during the Great Depression as the oldest of five children, Brown worked from the time he could hold a hoe. His father lost his job with a subsidiary of General Motors in 1929, and the family turned to farming. Life became even harder when his mother contracted tuberculosis. Her four-year treatment in a sanitarium led to some of Brown’s siblings being sent to live with relatives. He remained with his father, and they kept farming — a job he determined to escape. “The work was 24/7, and you just never got caught up,” he said.

That hardscrabble life, where the family struggled to get by, led Brown to a strong belief in preserving assets. He recalls his dad “carrying a silver dollar to town on Saturdays, hoping that he wouldn’t have to spend it.” In his career, Brown said, “I was acutely aware that if I managed things incorrectly, people’s lives might be drastically affected.”

Early on, Brown set a goal of 20% annual growth for every division of Stryker. The company consistently met the goal. Divisions failing to meet it were presented the Snorkel Award, an “honor” they were required to display in their work area. It served to remind them, he said, “that they were underwater.”

Urging consistency regardless of the conditions, Brown told employees: “Don’t lie, don’t cheat and don’t steal. Always be forthcoming,” he said. Brown also advised thinking before acting, valuing quality over margins and being respectful, even of competitors. Finally, he said, “Surround yourself with quality people.”

Much like John, Rosemary said she “grew up in a small town with a small graduating class and small exposure to the outside world.” Unlike his rather large family, she had one sister who was 10 years older, leading to her growing up much like an only child.

The couple met at Freed-Hardeman College in Robert Witt’s college algebra class. Rosemary, however, recalls seeing John earlier in the cafeteria and thinking, “Who is that cute guy? I should meet him.” In the spring, she invited him to attend the Sadie Hawkins party with her, and he accepted. “I owe it all to Lil’ Abner and Sadie Hawkins,” she said.

They also remember hanging out at the College Inn, a small building on the corner of Main Street and Cason, but still on campus, of course. “They had the best hamburgers and hot dogs in the world,” Rosemary said. They also “spent a great deal of time in the library — studying,” according to John.

The couple transferred to Auburn University to complete their baccalaureate degrees. In the summer between their sophomore and junior years, John worked two jobs in Chicago, allowing him to buy an engagement ring and propose at Christmas 1956.

They married following graduation from Auburn in 1957. John Brinn, their chemistry teacher at FHC, performed the ceremony and four FHC friends: Ralph Black, Ken Fike, Eleanor Weaver and Judy Pogue were their attendants.

Later, Rosemary completed a master’s degree at Rutgers. She began what became an almost 30-year teaching career when her two daughters were in junior high school. She particularly enjoyed getting to know students outside the classroom, which has allowed her to remain in touch with them through the years.

The Brown family enjoys a special tradition of spending the last two weeks of each year in Longboat Key, Florida. The time fit their schedules, since their daughters’ families and Rosemary had a holiday from teaching. John could go also, as he noted, “If Stryker had not made its numbers by then, there was not much he could do!”

The Browns now spend much of their time in Atlanta, where their daughters and their families live. He continues to run the John and Rosemary Brown Family Foundation. The foundation channels its efforts toward educational institutions, scholarships and secondary education because John Brown believes education is the path to success. “I grew up on a farm. I’m here because I got a good education,” he said.

In their retirement years, the Browns have “many interests that continue to offer ways to be involved with church and community.” Their faith, they say, has influenced their giving, “as it has every decision we have made.” Rosemary Brown says she would like to be remembered as one who appreciated the following quote from Nelson Henderson: “The true meaning of life is to plant trees, under whose shade you do not expect to sit.”

THANK YOU FROM A GRATEFUL FHU

“John and Rosemary Brown’s contributions through service and resources have enriched the lives of thousands of students, including those at FHU,” David R. Shannon, president of FHU, said. “Their unmatched contributions have impacted every student on campus. Their willingness to let students into their lives to see their faith, character and business acumen has deeply impressed students.

“We are grateful for the ‘trees’ John and Rosemary Brown have planted on the campus of FHU,” Shannon said. “May their shade bless students far into the future.”

INDUCTION INTO TICUA HALL OF FAME

The announcement of the most recent gift was made at the FHU Annual Benefit Dinner. The couple was inducted into the Tennessee Independent Colleges and Universities’ inaugural Hall of Fame by Dr. Claude Pressnell, president of TICUA, at the event. The evening’s entertainment presented by The Tokens Show also honored the couple.

The Browns, via a video message, thanked TICUA for the honor, calling it “quite unexpected.” Apologizing for being unable to attend, they expressed “great appreciation” for the honor. “I am not sure we deserve it,” John Brown said, “but we will take it!” 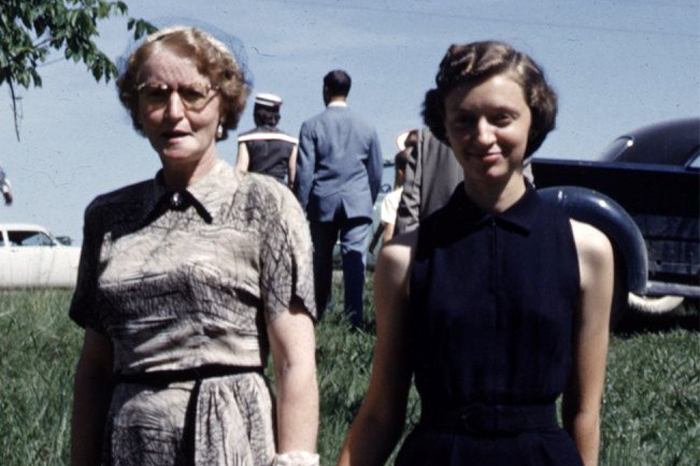 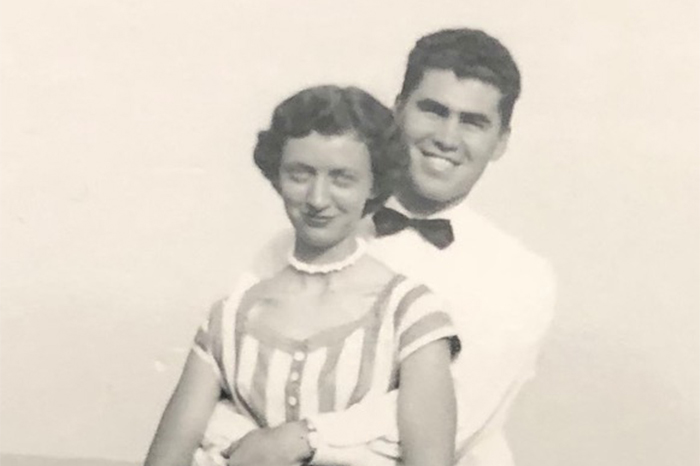 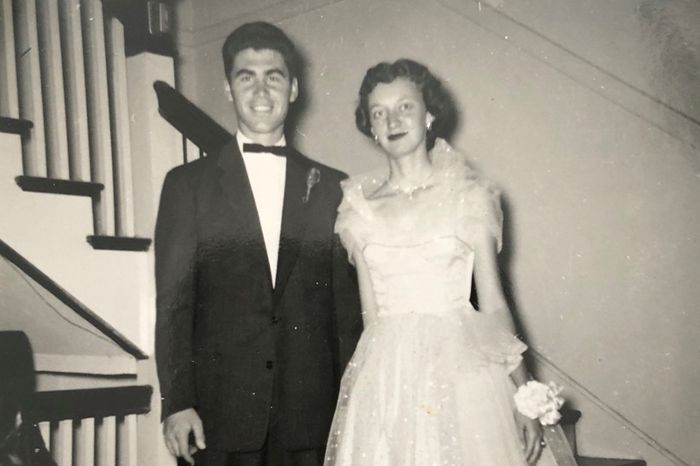 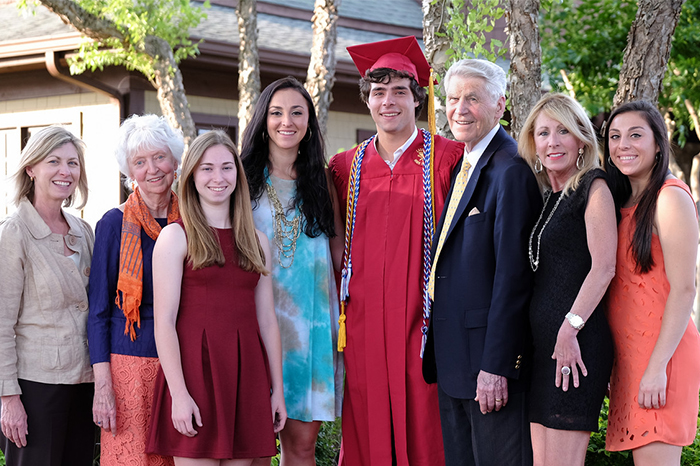 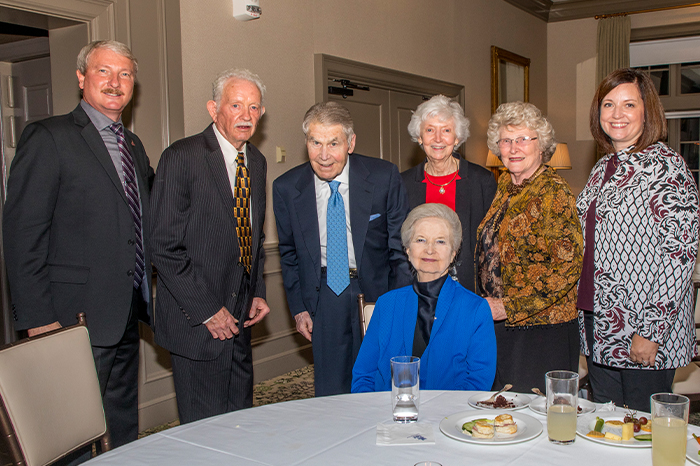 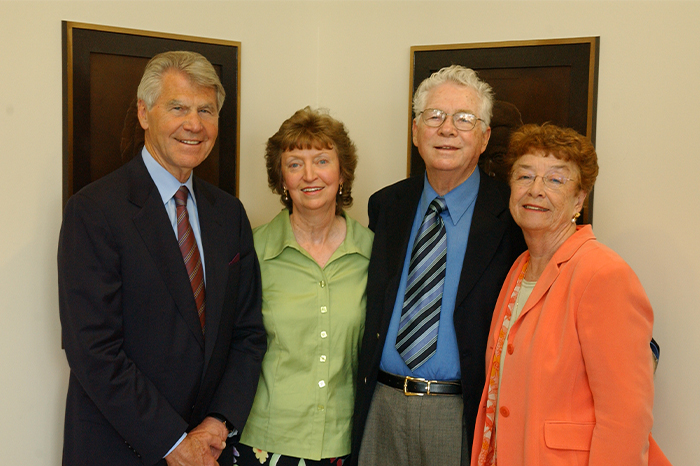 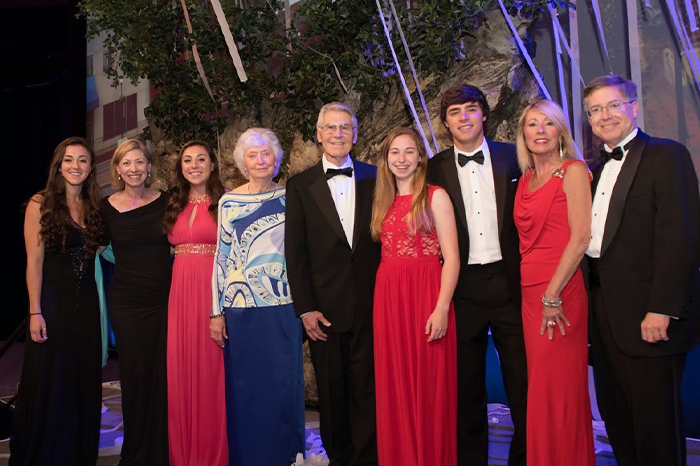 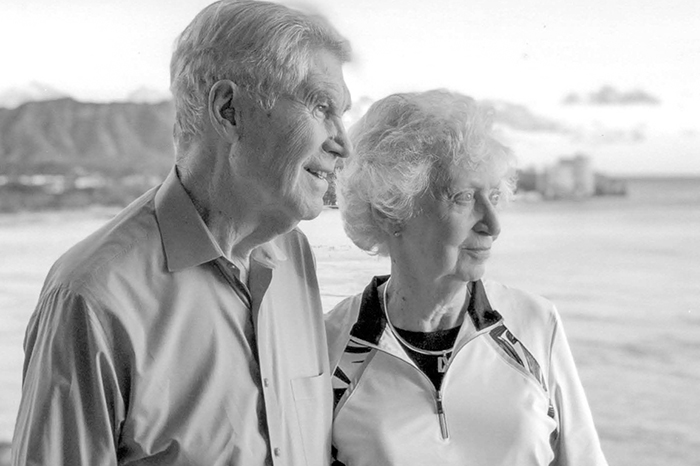