Although Dave Smith may claim that he was “not the best student to ever make it through Freed-Hardeman,” his business acumen and the success of his company MTM Recognition, belie that claim. He began the company as Midwest Trophy Manufacturing in 1971 as a one-man show. The first years saw a gross revenue of under $50,000, which in those days was on par with the competition. These days MTM has grown to upwards of $90 million in revenue. Not bad for an Alabama farm boy who went to college on basketball scholarships.

Despite being recruited out of high school by larger, better-known schools, Smith chose to enter Freed-Hardeman Junior College in 1964. “I chose Freed-Hardeman because that’s where my parents wanted me to go,” he said. He was also encouraged by a neighbor who lived the length of a football field from the Smith home. The neighbor had gone to college in Henderson, and one day would serve the college as president. “Milton Sewell made sure the Smith boys went to Freed-Hardeman,” Smith said. All three of them: Lawrence, Dave and Charlie attended FHC and were all outstanding basketball players. Sewell’s mentorship created a Smith legacy that now extends to the children and grandchildren of the Smith boys.

“When I went to college, I carried all my belongings, including an electric skillet, in an old gray Samsonite suitcase,” Smith said. “I thought everything about Freed-Hardeman was great, including the food. It was a good spot for me. I wouldn’t trade my time there for anything.”

There, he found what so many others say they found – friends for life. “Many of the friends I have now are because of Freed-Hardeman,” he said. “My best friend and teammate, J.D. Moomaw, Milton Sewell and several coaches come to mind. I liked Dick Stewart. He appreciated my basketball skills and took an interest in me.  And Hoyt Kirk, he was a mentor and a friend.”

Smith was a formidable force on the court. An aggressive competitor, he recalls an opponent saying, “That Number 40 sure was rough.” And he was. “That’s the way I played the game,” he said. “I wanted to be the aggressive guy on the court.” Smith traces his manner of play back to his school days in north Alabama. “We were playing a junior high game in Killen, who had a good big guy. I thought I played a good game, but on the way home my dad said, ‘You let that big guy push you around a little.’ That never happened again,” Smith said.

Speaking of himself and his FHC teammates, Smith said, “We were impactful; we brought a strength to the program that it hadn’t had before.” After FHC, Smith took his basketball skills to Oklahoma Christian College to complete his baccalaureate degree. FHC President H.A. Dixon had told him that was where he should go. Years later, he would be inducted into both schools’ sports halls of fames. His brother Charlie is also an FHU Hall of Famer.

Smith took that competitive, aggressive spirit into the business world. “I’ve always been an entrepreneur,” Smith said. “In my early years, I caught rabbits and sold them.”

Following a stint as a teacher and basketball coach in Oklahoma, where he won a state championship, he decided to begin his own business. Looking for a way to combine his interest in sports with his desire to be an entrepreneur, he decided to become a manufacturer. “I knew I couldn’t make basketballs or tennis shoes, so I decided to make awards,” he said. As it has turned out, that was a very wise decision.

Today, his manufacturing operation includes tens of millions of dollars of high-tech equipment that separates him from the competition. Midwest Trophy Manufacturing has grown into MTM Recognition, a global leader in the recognition business. They have moved from a single modest building to a 25-acre campus in their Oklahoma City headquarters facility filled with state-of-the-art manufacturing, administrative and warehouse space.

In addition, MTM owns and operates the nation’s premiere jewelry facility in Princeton, Illinois, producing some of the most prestigious and recognizable customized rings and jewelry in the sports and corporate arenas. The company designs and manufactures trophies for the biggest names in sports: major conferences, bowl games (Citrus, Orange, Cotton, Peach, Alamo, Fiesta, Music City, etc.), NASCAR, Bassmaster and the NCAA. Their work is frequently seen in the national media when trophies, designed to be impressive on television, are presented to the winners.

Winning the NCAA account may have been MTM’s crowning achievement. It had been on Smith’s radar for more than 10 years. “It was a closed door, but we knocked on it anyway,” Smith said.  After three attempts and a plant tour of MTM’s headquarters by NCAA officials, the company was awarded the account producing all of the championship trophies for the NCAA in every sport.  “When NCAA officials visited the plant, they were impressed with our capacity, our design capabilities and our people,” Smith said.  “Once someone sees the size and scope of our operation, our vertical integration and our ability to make their dreams become a reality, they are sold.” Today the company is home to some of the largest clients in sports and corporate America.

MTM’s staff consists of more than 700 people in seven locations, including an independent recognition sales force throughout the country. Ties to Freed-Hardeman can be found in the work force. One of those recognition consultants, FHU alumnus Curt Zondervan, sits on Freed-Hardeman University’s Board of Trustees. Charlie Smith, a brother who attended FHC with Dave, became the basketball coach and then the athletic director at Freed-Hardeman. Charlie Smith is also a recognition consultant, and Dave himself has served on the FHU Board of Trustees.

By the 1980s, MTM had made a national name for itself. Jostens, best known as a manufacturer of class rings, showed an interest in buying the company. The class ring company needed a manufacturer, and MTM fit the bill. Smith considered selling, but ultimately decided against it. He thought about his employees; he knew them, and he knew their families. Many of them had worked for MTM for years; some had worked for MTM since they graduated from high school. “I decided it would be selfish of me to sell,” Smith said. Ultimately, Jostens became a strategic partner of MTM, and Smith bought Josten’s recognition division. With that acquisition, MTM became the leader in corporate recognition with accounts such as FedEx, Lowes, John Deere, McDonald's and more. Through MTM’s propriety recognition platform, Carousel, thousands are recognized annually for years of service, safety, on the spot, sales achievements and more.

MTM was ready for the job ahead. The company had become a one-stop shop. Smith invested heavily into the best state-of-the-art equipment, technology and his people.  MTM could design, produce and ship awards made of almost any imaginable material. They had become the largest manufacturer of recognition products in the industry.

A hallmark of Smith’s success continues to be the way he treats his employees. Some of them have been with him for 30 or 40 years. “Good employees never leave,” he said. In fact, CEO Roger Mashore was one of Smith’s students when he taught and coached high school basketball.

MTM Recognition will celebrate 50 years in business Dec. 2, 2021. “We will celebrate with our employees,” Smith said, but they won’t be resting on their laurels. The company founder is still at the office daily and has his finger on the pulse of the company. His family has been involved in the company’s success over the years as well. His wife, Linda, son, Dave Jr., and daughter, Ashli, hold various positions within the company.

Smith has always been a visionary and a competitor, and he wants his employees to be as competitive as he is. “The only thing we’ve ever tried to do is make sure that next year we’re a better company than we were last year,” he said.  Based on his business achievements and his vision for the future, he is on a trajectory to do just that. 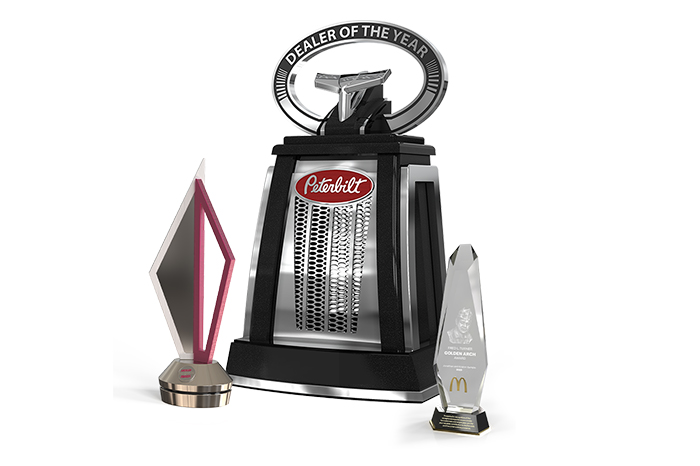 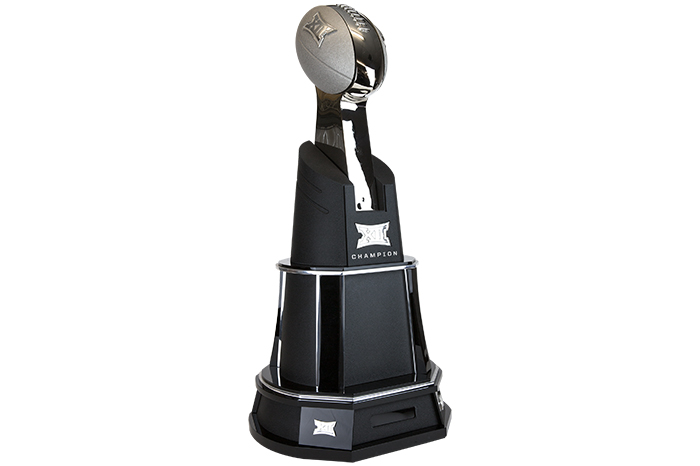 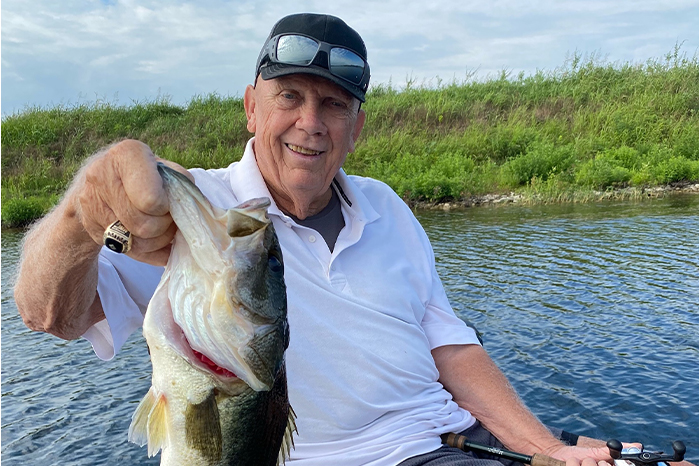 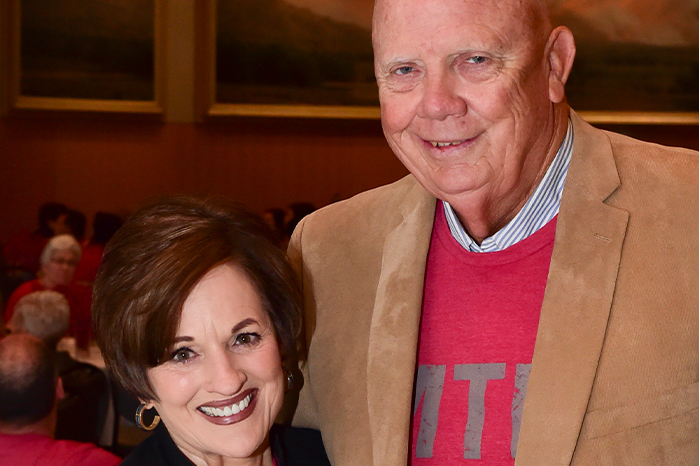