FOR THE LOVE OF THE GAME

Three decades after Freed-Hardeman began playing intercollegiate softball, two of those first players are again at the softball field. This time around, though, they are not on the field. Instead, they are enthusiastic fans and proud moms watching their daughters compete as Lady Lions.


Lisa Graves Bradford and Beth Casper Harris attend virtually all Lady Lion games. Bradford has two daughters on the team. Emily, a pitcher, graduated this spring but plans to be a graduate assistant next fall, and Katelyn, also a pitcher, has just finished her freshman year. Right fielder Kennedy Harris, also a spring graduate, will play a fifth year while working on her master’s degree.


In addition, infielder Allie Mitchell’s dad, Jay Mitchell (’96), was a member of the Lion baseball team. He, too, attends many of the games. “I enjoy them all,” he said. “I am always proud of Allie, but it was a thrill to watch her play for the same school I enjoyed playing for.”


Lisa Bradford pitched in 1991, FHU’s initial season, and in 1992. “In that first season, I think we played 12 games against anyone around who would play us,” she said. Games were played on the intramural field without dugouts. “We were a team of girls who just wanted to play, and for some of us, it had been three years since we had played fastpitch,” she said.


Beth Harris was the team’s catcher, 1993-96. She mentioned the big change in facilities. “Today at FHU, they are amazing. The softball field and field house are among the finest,” Harris said.


Some things remain the same — relationships. “I still keep in touch with some of those first teammates, including my awesome catcher Rayla Tucker Black, Denise Rogers Davidson and Coach Terry Weeks,” Lisa Bradford said. “The love of the game, the bond the players share and having coaches who truly love and care about the girls have remained constant.”


“One of the things I notice about this team that reminds me of my time at FHU is the closeness,” Beth Harris said. “You spend so much time with the same group of girls that the bonds that develop are amazing.”


Both moms have coached their daughters. “My parents both coached me most of my career,” Kennedy Harris said. “My mom has been very influential in my career. I love to play something we both enjoy.”


When Emily Bradford was beginning to play softball, her mom taught her to pitch, while dad helped coach her teams. “I didn’t always listen,” she said, “because she was my mom, but she has always been there to support and help me learn from whatever the situation might be.”


Lisa Bradford also coached daughter Katelyn in league and travel ball. “My mom is very knowledgeable and full of advice when it comes to softball,” she said. “However, the best advice Mom has given me has been from a character-building point of view. She has taught me how a teammate and a player are supposed to act, to respect my coaches, build up my teammates and, most importantly, to be a Christ-like player on and off the field.”


As a first grader, Allie Mitchell didn’t want to play softball. Her dad cut a deal with her. If she tried it for one year and didn’t like it, she could quit. “Obviously, I loved it and have been playing ever since,” she said. “Not only was he the one who introduced me to the sport, but he spent countless hours practicing with me every year.”


Although Jay Mitchell says he gave his daughter lots of suggestions and “she was very kind to listen, I’m sure she didn’t need or want any of it.”


Allie Mitchell sees it differently. “I always look to him for suggestions about the game and my play. I probably never would have played if he hadn’t pushed me to, and I would have missed so many great memories, friendships and a special bond between my dad and me.”


“I was so excited when Kennedy expressed interest in attending Freed-Hardeman and playing softball,” Beth Harris said. “I loved playing softball at FHU so much. I was eager for her to experience the same thing!”


As for Allie Mitchell, she thinks “It is very cool to say that I played college ball at the same place my dad did.”


Seeing her daughters wear the maroon and white has been “indescribable,” according to Lisa Bradford. “Every time I see them on that field,” she said, “my heart bursts with pride and love for the game and for FHU and the bond the three of us share by having played for Freed-Hardeman.” 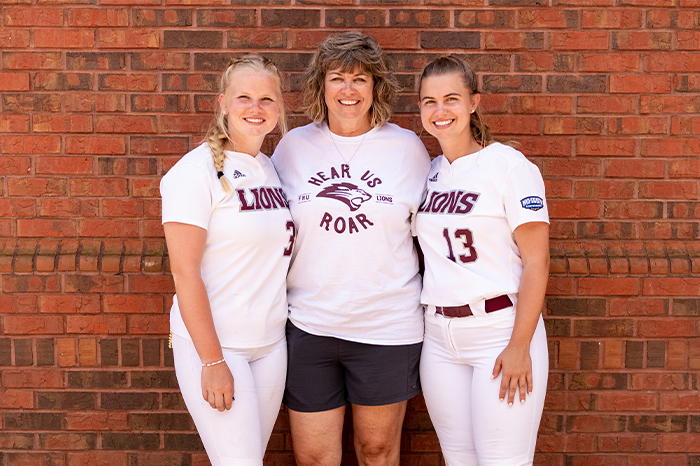 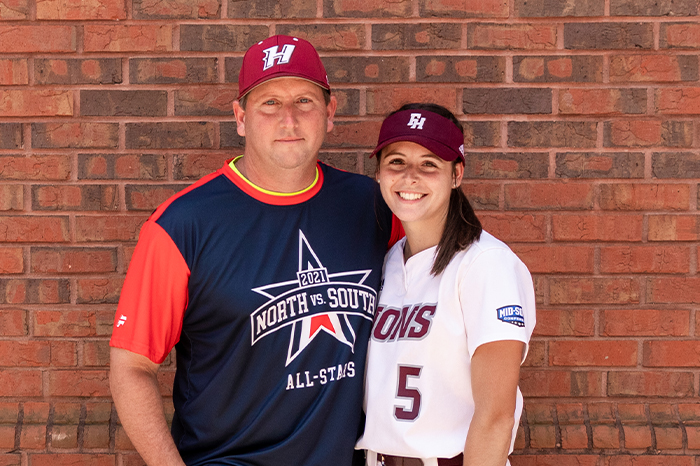 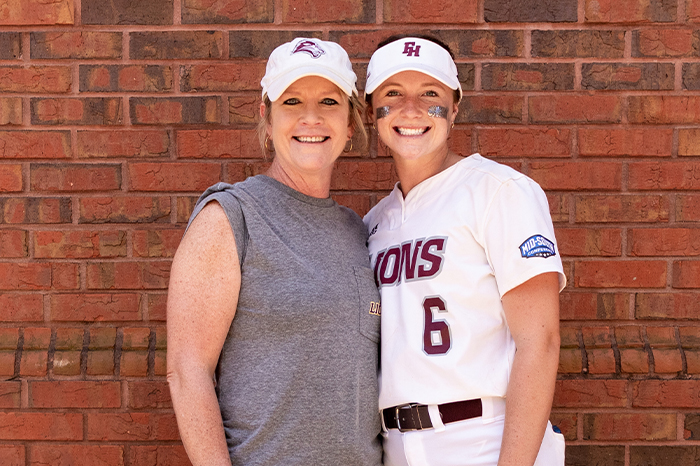