In the midst of a pandemic, live theatre returned to the Freed-Hardeman University stage Nov. 5-7, 2020. “Little Shop of Horrors” was FHU Theatre’s first production since March when COVID-19 closed the curtains.“The show went really well,” Director Cliff Thompson said. “It was well attended and the performances were solid. I received a lot of comments about the excellence of the set; how finished everything appeared.”

Bringing the musical spoof on 1950s sci-fi and monster movies to life on stage presented unique challenges, according to Thompson. Chief among them, he said, was the difficulty of scheduling rehearsals, a task made more complicated by the uncertainty of who would be able to practice due to the university’s quarantine policy. Although three cast members contracted COVID-19 in September, 11 of the 20 cast members were quarantined at one time or another because of possible exposure to the virus. What, when and who could practice became an ongoing exercise in juggling. Nevertheless, Thompson called the cast “joyous” at being able to be on the stage again.

The directors and cast took the usual precautions: wearing masks when not on stage, social distancing, temperature checks and lots of sanitizing. In addition, cast members signed contracts agreeing to exercise caution about meeting in large groups.

The audience in Loyd Auditorium wore masks and practiced social distancing, a task made easier because of the size of Loyd Auditorium. Although it will seat more than 2,000, ticket sales were limited to 350 reserved seats and the number of persons permitted in the lobby was limited. “I felt really good about how well our COVID plan worked,” Thompson said.

FHU Theatre also presented “Little Shop of Horrors” 15 years ago. “This was a new look at an old favorite,” Thompson said. In the previous production, FHU Theatre had rented the plant from another theatre. This time around, Brandyn Graves, FHU theatre design professor, designed the man-eating plant, as well as the set. He took a brand new approach to the villain. A quintet of puppeteers brought the man-eating plant to life.

“We had to continually work with the plant puppeteers so that they could create a single puppet performance. For this production, we wanted a much larger and more visually dynamic Audrey II. It was tricky figuring out how to build something so non-traditional,” Graves said. “There was a learning curve that we all had to go through, with lots of trial and error in the construction.”

“It was a challenging time,” Thompson said. “I was very proud of our students and how well they worked together, trying to keep each other safe and creative.

With one live production completed during the pandemic, FHU theatre is looking ahead. “We have three plays auditioning now,” Thompson said. “We have a COVID plan in place and will continue to work that plan as it becomes necessary.”

The musical featured a 60s-style girl group, which serves as the play’s storytellers. Members were Erin Cahill, a junior family science major from Memphis, Kaitlyn Moore, a freshman nursing major from Henderson, and Lakyn Wools, a senior theater performance and secondary education major from Nixa, Missouri. 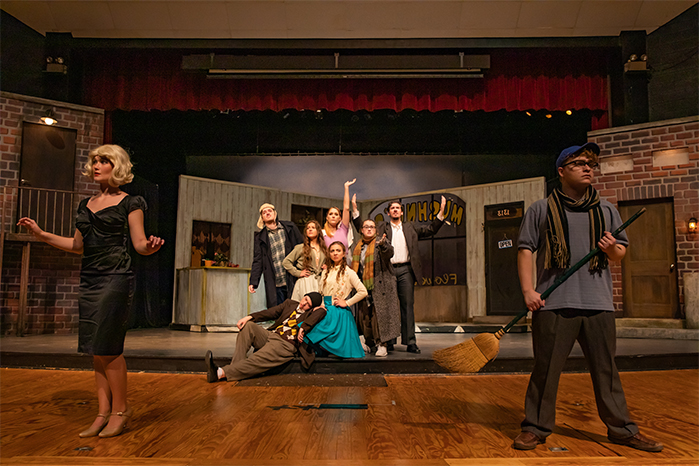 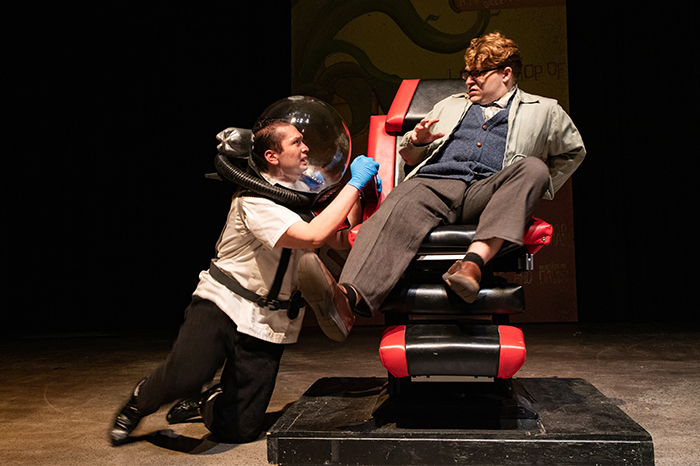 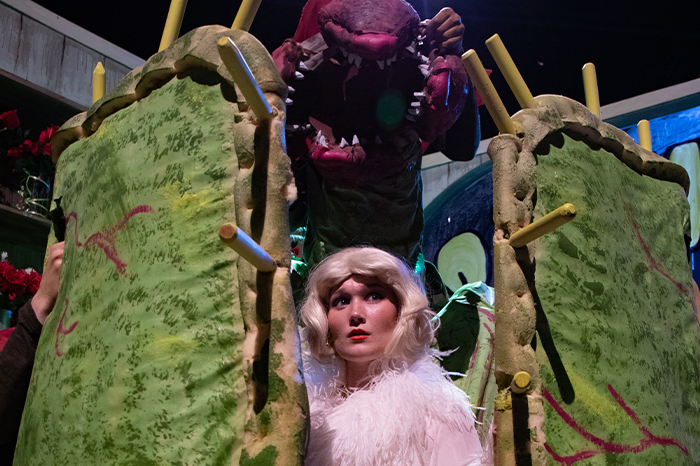