In addition to the dining hall, Grandma Fern’s Porch provides space for campers to play games and as a pavilion for junior campers. The 2,000-square-foot game room sits atop a large storage basement. The porch adds an additional 500 square feet of recreational space.

Long-time FHU faculty members now retired, the Tuckers met at FHC in 1958 as freshmen. Both received associate degrees from the junior college in 1960.

Their professional careers were spent in Chester County. Dr. Milton Tucker returned to Freed-Hardeman to teach biology in 1965 and retired as a professor in 2006. He is noted for his love of all God’s creation, but especially the plants. Alumni remember his beginning each class session with a scripture reading.

Dr. Patricia Tucker taught kindergarten students at East Chester Elementary School for almost 20 years. She then joined the FHU faculty in 1994 as a professor of education and retired in 2011. She focused on teaching young children to read by using children’s literature.

The Tucker family’s love of MSYC began in 1976, when Rayla and Charles first attended camp while it was under the direction of Coach Hoyt Kirk. Rayla was 6, and Charles was just 4. It is believed Charles holds the record for being the youngest camper ever. They continued to enjoy camp every summer until they entered college at FHU; each year they begged for “just one more week!” This love has continued with their grandchildren, who now beg, “Just one more week!”

Charles Tucker responded for his family, paying tribute first to his grandparents and then his parents. He presented everyone in attendance with a domino, representing “the domino effect.” Giving a brief physics lesson, he talked about the cumulative effect that results when a single event sets off a chain reaction.

Grandma Fern’s porch is named in memory of Fern McDonald of Caruthersville, Missouri. She was a loving mother, grandmother and great-grandmother who taught children’s Bible classes for many years. “She loved to sing, she loved to smile and laugh, and she loved God and her family,” according to her daughter Gayle McDonald. “I like to think of today as Grandma Fern’s family reunion as she sits on heaven’s porch. She has great-grandchildren attending junior camp now. Many have described Mid-South as ‘heaven on earth,’ so maybe this is God’s family reunion,” McDonald said.

The Tucker Family Dining Hall replaces the old dining hall, which had served the camp since 1963, when it was purchased and converted from its original purpose — a gambling hall. Since that time, campers have provided their own entertainment, music and skits on the small stage. That stage has been incorporated into the new structure. In fact, participants in the celebration stood on it.

Doug Short with iDesign Architecture Group in Jackson, Tennessee, designed the dining hall. Camp personnel praised the work and dedication of E&T Contracting, general contractor, who they said, “went way far and above what was required.” Alumnus Evan Butler of Blossom, Texas, and his crew of volunteers constructed Grandma Fern’s Porch. 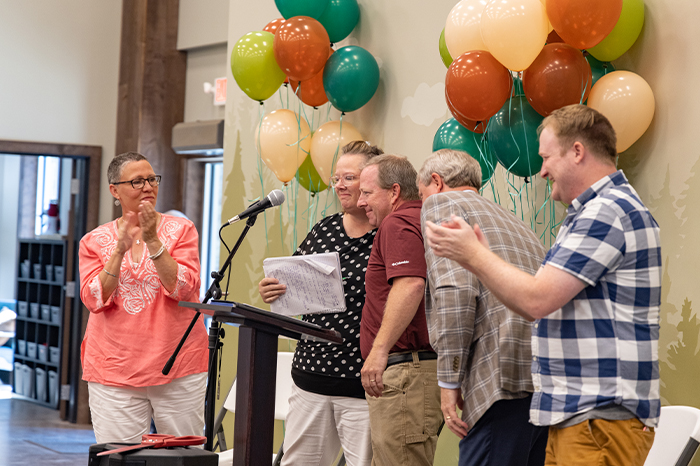 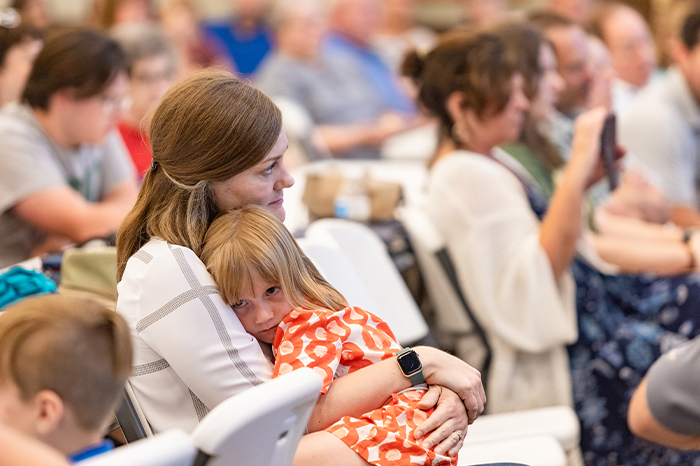 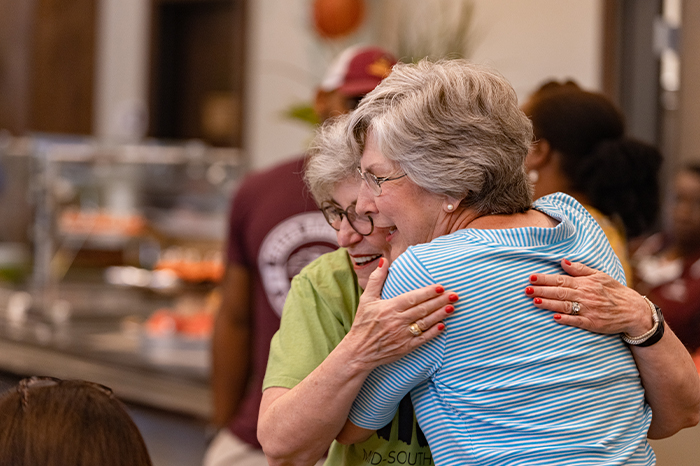 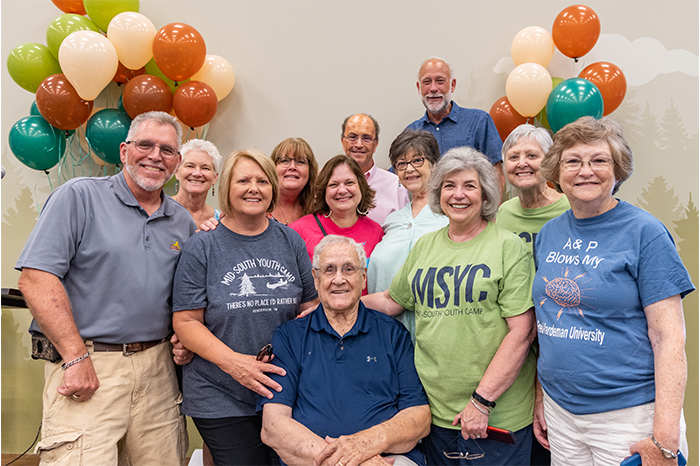 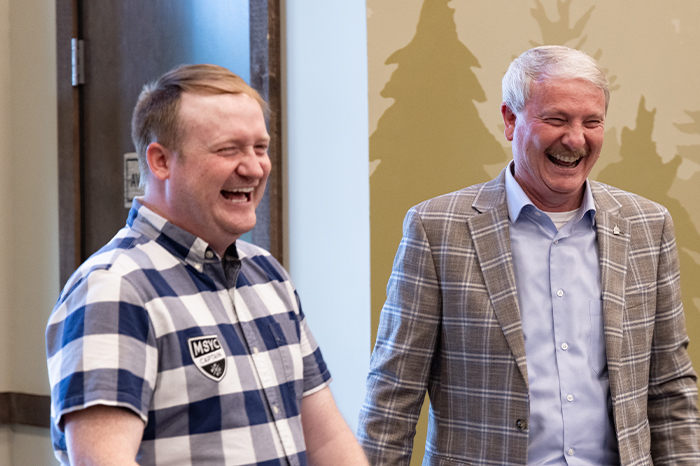 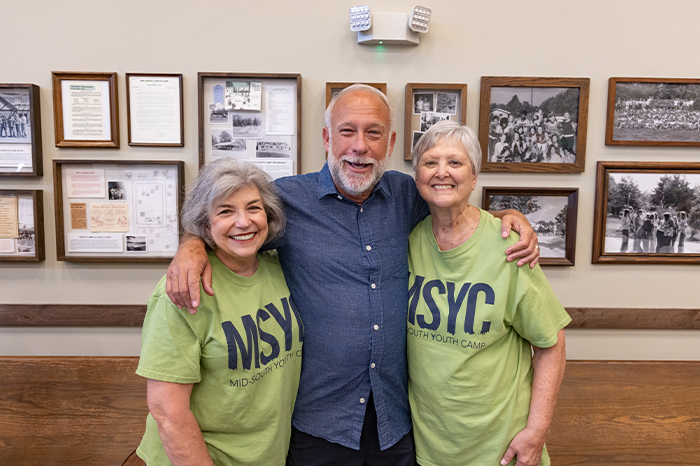 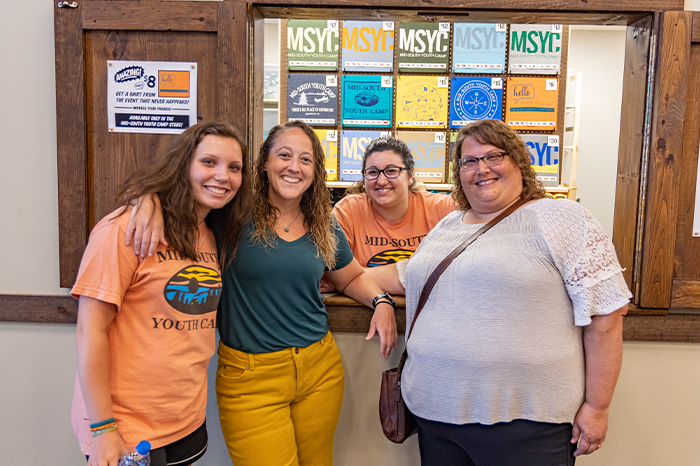 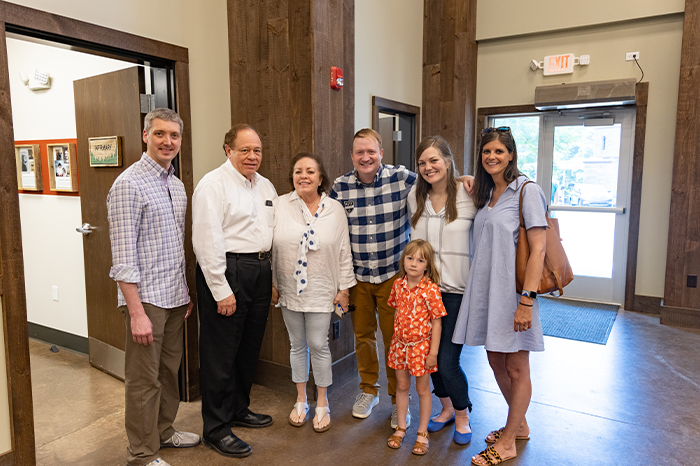 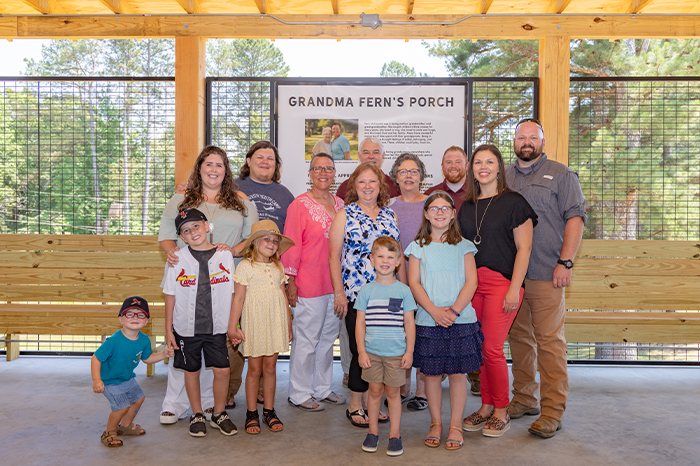