STEPPING BACK IN TIME

Art students enrolled in Dr. Barbara England’s alternative processes class traded their digital cameras for a photographic method invented in 1851 by Frederick Scott Archer. This process was used by Mathew Brady to document the Civil War.

Photographer Lisa Elmaleh conducted a two-day workshop devoted to the collodion process, which includes coating a glass or metal plate with collodion and dipping it in a silver bath. The plate is inserted into a camera and then exposed to light. The photographs, which are taken and developed one at a time, are developed within 30 minutes of taking them. The result is an image much like those produced by Brady in 1865.

In 2019, England attended a workshop conducted at Elmaleh’s cabin in PawPaw, West Virginia. “It was an amazing experience to be taken back to one of the earliest ways of making photographs in the rustic hills of West Virginia,” England said. “As an artist, I developed a deeper appreciation for the medium by experiencing it in such a non-technical way and place!”

England considers Elmaleh “a modern day 2021 version of Dorothea Lange,” a documentary photographer and photojournalist best known for her Depression-era work. Elmaleh has photographed the Appalachians and the Everglades extensively. Currently, she travels the country in her truck-turned-mobile darkroom, documenting the border crisis and the COVID-19 pandemic. “She's telling the story of our country at a time when a lot of things are happening that are culturally divisive,” England said.

“The wet plate collodion workshop is probably the coolest thing I have ever been a part of,” Elisabeth Cantrell, a studio art and secondary education major from Madison, Alabama, said. “I went into this workshop with a love of photography, so getting to see the way photographs were initially taken was both an informative and inspiring experience. Sometimes we get caught up in how immediate photography can be, especially with digital cameras, but there was a beauty in not knowing how the photos would turn out until the last minute.”

Makenna Dozier, a junior photography and graphic design major from Huntsville, Alabama, concurred. “Learning and taking part in this process helped me to appreciate digital photography more because of how quick and easy it is. The fun of tintype photography, as well as the frustration, is never knowing how it will turn out or even if it will turn out at all. However, no matter how many times I watched this process, it was still just as magical to me,” she said.

Students produced a number of tintypes during the workshop, including one of Old Main and another of FHU President David R. Shannon. These will eventually be hung in the Old Main conference room alongside various historical photographs.

Shannon, who posed for a tintype portrait, was required to sit still for a couple of minutes. “It was not difficult,” he said, “but very different from modern technology, where sitting still isn’t a need.” He said he concentrated on not changing his facial expression or blinking. “The portrait was amazing. In the photo, I looked like as if I had stepped back in time.”

“This workshop was a wonderful reminder that there are so many ways to produce marvelous art,” he concluded. “I appreciate Dr. England and all who were involved in this experience.”

“Tintypes were some of the very first ‘instant photography.’ To allow our students to experience this ‘antique Polaroid method,’ we forced them to slow down and follow the step-by-step process,” England said. “Sometimes I think the ‘instant’ age students live in today — where information and imagery are at their fingertips and only seconds away — does not allow them the time to truly reflect on the process and magic of photography.” 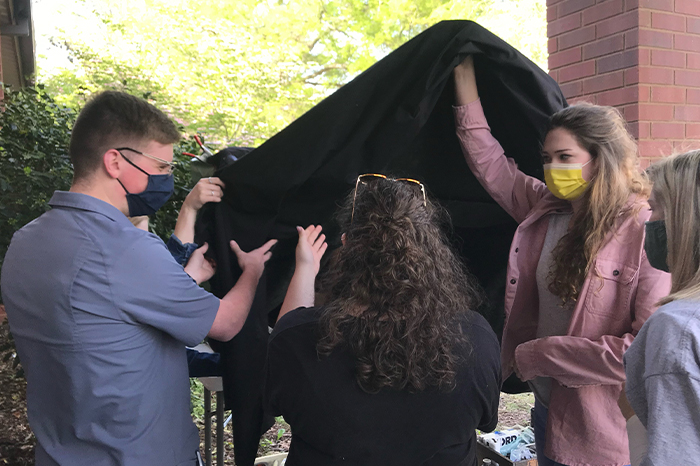 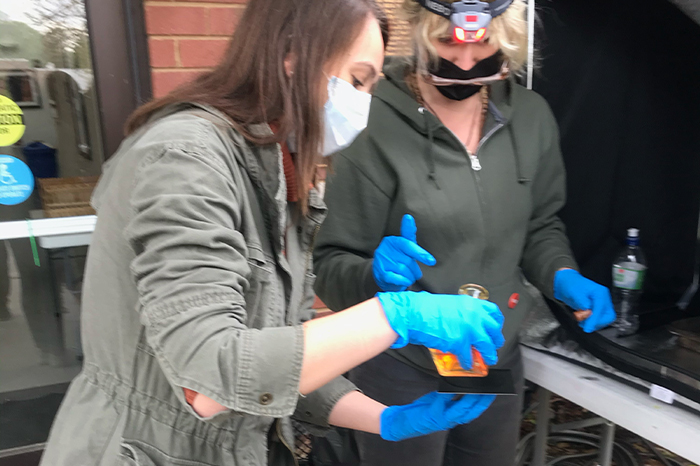 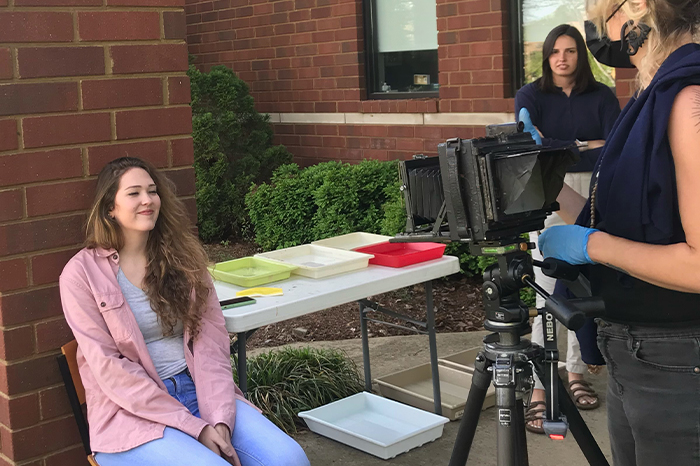 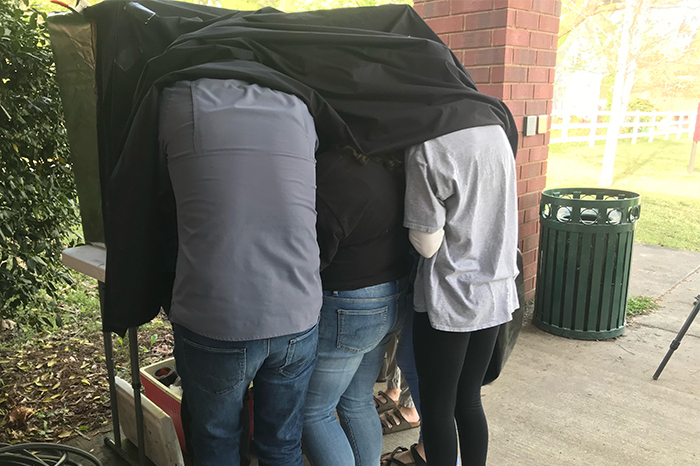 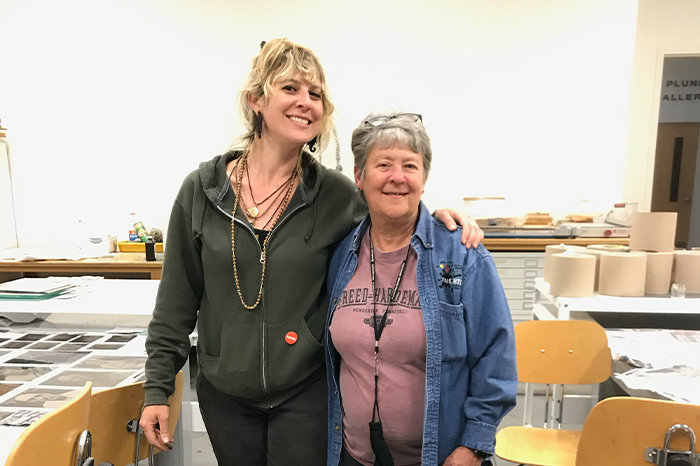