An unforgettable day for residents of five Middle Tennessee counties – Approximately 17” of rain fell on McEwen, Tennessee, in a few hours, setting a new record for daily rainfall in the state. Less, but still substantial, rain fell in Humphreys County. McEwen sits just east and upstream from Waverly, Tennessee. Headwaters of Trace Creek originate in eastern parts of the county, and the water drains westward through Waverly.

Creeks and streams filled and overflowed their banks. Saturday morning. With little or no warning, a wall of water 10 feet high and a quarter mile wide rushed through Waverly, population: 4,100. The water damaged or destroyed hundreds of homes; more than half of them were a total loss and an additional 168 received major damage. Eight public facilities and 44 commercial properties reported damage.

Most devastating of all, however, were the deaths. Twenty persons, including six children, lost their lives in the flood. Joseph Reeves, a disabled veteran, perished but was able to push open the door of his house, allowing his wife, cancer-stricken Angela, and daughter, Gabbie, who has a disability to escape with minor injuries. They were, however, in the water for five hours before they were rescued. The house was underwater in less than three minutes, according to an older daughter, Hannah. “My dad died a hero,” she said. “If he had not gotten that door open, there would have been three deaths in my family.” The Reeves family lost their house, which they had only occupied for two weeks, two cars and all of their belongings. Angela and Gabbie are currently living with family in Dickson. “Sometimes, you just have to put everything in God’s hands,” Hannah said.

In the days and weeks following the flood, Waverly residents and other communities impacted by the raging waters struggled to salvage what they could and to clear the debris of what was once their homes. Volunteers flooded in to help; others have sent money and supplies. Frank Bradford, a 1977 FHU alumnus, has been on the scene since Aug. 23. He sleeps in the Waverly Church of Christ building, which has become a distribution center for supplies.

Bradford, fundraising director for Disaster Response Team based in Dayton, Ohio, helps with distribution of food and supplies and organizes volunteer work parties. “Many, many individuals and churches have sent supplies and donated money,” he said.

Freed-Hardeman University students, faculty, staff and their families are among those volunteers. Every Saturday since the flood, Adam Cross has led a group from FHU to Waverly. They have helped homeowners clean their flooded homes, remove ruined furniture and personal belongings, and rip out flooring, sheetrock, baseboards and insulation. “The homeowners we’ve helped don’t have insurance. We’re providing free labor, so they can eventually repair or replace their homes,” Cross said.

Curt Graham, from Spring Hill, Tennessee, had gutted houses in Louisiana following a hurricane, so this was not his first trip to assist in disaster relief. Seeing the great example set by older students and leaders on that trip motivated him to help again. In Waverly, he did similar work to that in Louisiana. “The group I worked with went to a house that was really close to one of the creeks, so most of it had been under water. We cleaned out the house and began on the house itself, and visited with the homeowner,” he said.

That house belonged to Rosemary Norfleet and her two sons. Water had reached the ceiling. Eight to 10 volunteers cleared three rooms. There was little to salvage. “We couldn’t have asked for better people,” she said. “They were a tremendous help.” Norfleet and her two adult sons had lived in the house; now they are being housed in three different locations. She has applied to Volunteer Organizations Active in Disasters (VOAD) for assistance but has been told it could be up to four years before everyone is in a home. In October when this was written, Norfleet was still getting her meals at Waverly Church of Christ. “Every morning before we eat, Frank

Bradford leads us in a song,” she said. Speaking for herself and the community, Rosemary said, “Our family, and the whole town really, appreciates all that has been done to help us.”
Bradford has only praise for the FHU workers. “For six weeks now, they have been coming. They are living out FHU’s mission statement,” he said. “They don’t complain, and they don’t stop working until the job is done.” 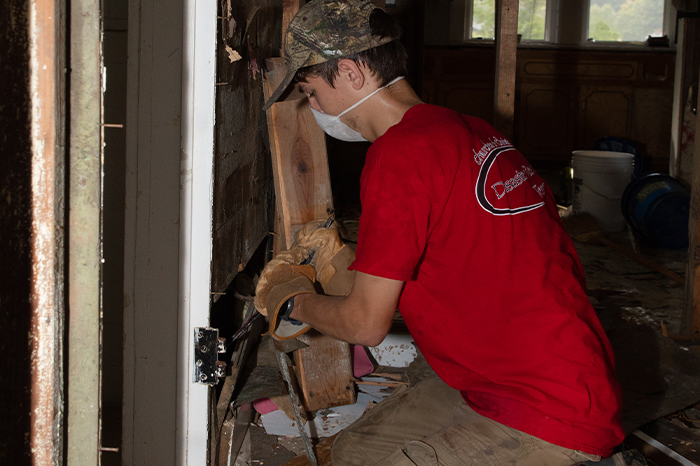 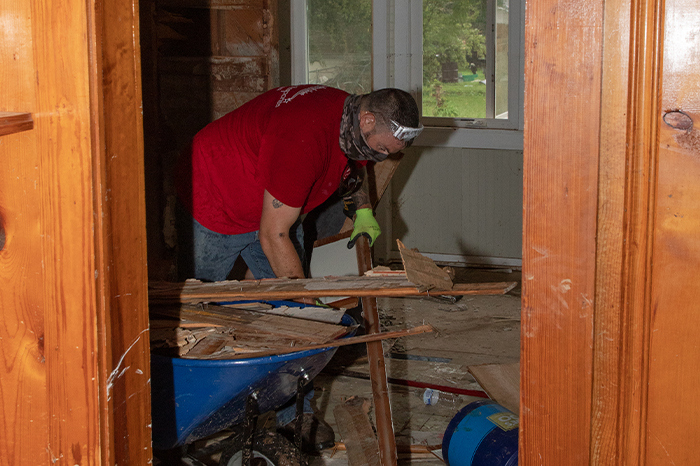 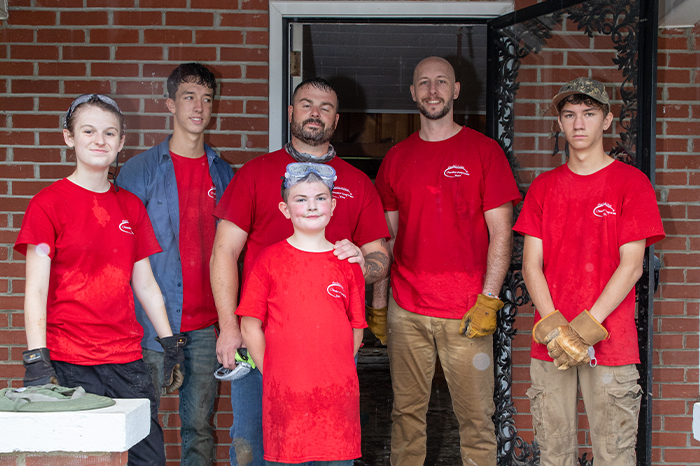 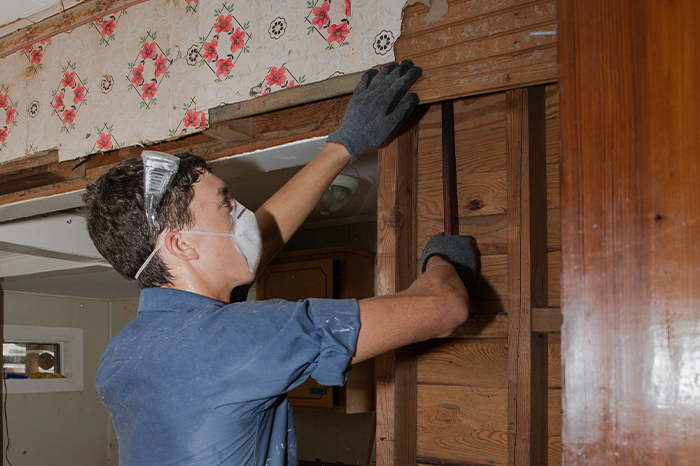 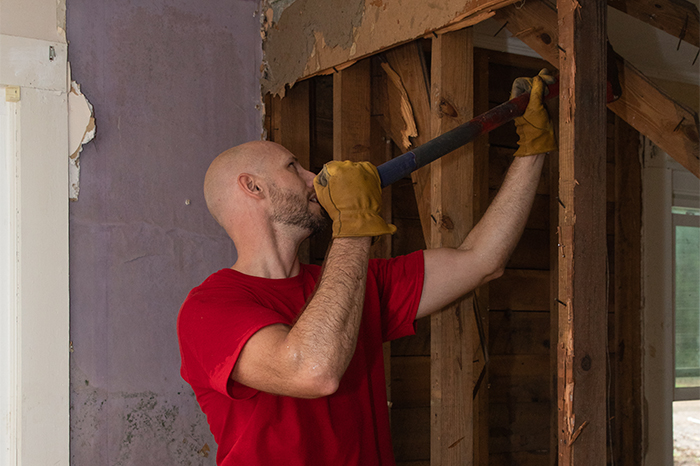 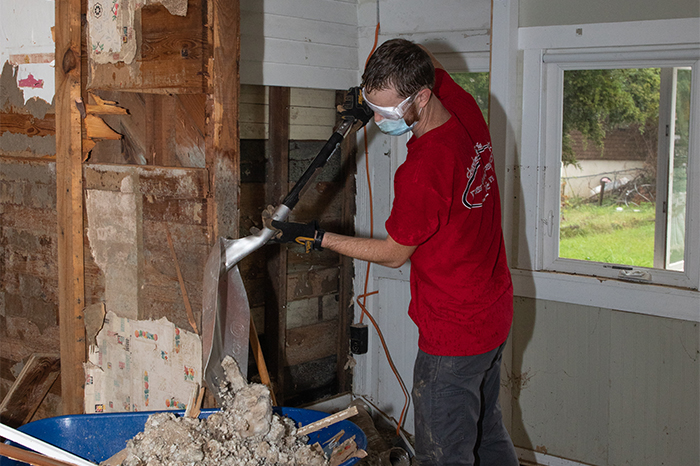