And so it began…

When Lance Mosher was a child, he and his family moved to West Tennessee – where they had no friends or family – “on a whim,” he said. His mother and grandmother had taught him how to pray when he was a child; however, “going to church was not on our radar,” he said. As a teenager, he sought meaning in many things.

He was working in a local restaurant when a Freed-Hardeman computer science major began working alongside him. The two talked about movies, video games and music; his new friend began occasionally inserting questions about Jesus. Eventually, they began studying the Bible together and “he taught me the gospel,” Mosher, who became a Christian in August 2003, said.
Seven years later, as a Freed-Hardeman student, he became an associate minister with the church in Finger. When the elders saw his potential, they took him under their wings while he trained to preach.

“While I was at Finger, I reached out to high school classmates who had only known me as a rebellious goth kid. They were surprised to see the difference Jesus had made in my life, and many of them were willing to study the Bible with me,” he said. “One of my closest friends eventually decided to obey the gospel, and we sought out other classmates.”

When they learned one of their closest high school friends was incarcerated in the county jail, they went, uninvited, and spoke to the warden. They asked to visit their friend. “He kindly gave us a few minutes with him, and by the end of our time together, our friend had requested that we return to study the Bible with him,” Mosher said. The three studied together the following week. During the second study, they learned that another friend was also in the jail. The four began studying together.

“One day one of us remembered how the four of us used to run around town doing whatever we pleased and how one of our mothers had predicted, ‘You all are going to end up in jail together,’" Mosher said. “We had to chuckle at the circumstances under which her prediction had come true!”

Soon other inmates asked to join. Before long, more than a dozen guys were sitting around a stainless-steel table in the inner jail. Many became Christians as a result. Soon, the ladies in the jail heard what was happening on the guys’ side and asked if they could have a Bible study. Ladies at the Finger church agreed to teach, and a week later, the women’s side of the jail had a Bible class, too. “Without even planning it,” Mosher said, “the men and women’s local jail ministry had begun.”

Editor’s Note: In mid-2012, Mosher and his wife moved to New Zealand to do full-time evangelism. He is the current missionary-in-residence at FHU. He is the author of “Transformed: A Spiritual Journey,” which includes his conversion story.

For the past eight years, Tom Childers and others visited the Chester County jail to study the Bible with inmates. Childers, a minister at the Finger Church of Christ and former director of church relations at FHU, typically took students with him. “Every fall, I have an announcement made about the jail ministry and invite students to sign up if they want to participate. Usually, 20-25 students do so,” he said.

When he first began his work with the ministry, the numbers who could participate were unlimited; several could attend. More recently, he has been able to take only two students with him and even that ceased during the COVID epidemic. He has now resumed his studies and the students take turns attending—after they have finished a 90-minute orientation provided by jail administration. They visit various pods with differing numbers of prisoners, all of them men. The women’s class was discontinued a few years ago, but Childers would like to restart it.

Likely the most infamous prisoner Childers has studied with is Zach Adams, now serving a life sentence for the murder of Holly Bobo, a young woman who was kidnapped, raped and killed in rural Decatur County, Tennessee, in 2011. Adams maintains he is innocent. Before his trial, he was held in the Chester County jail where he asked to talk with a preacher. Childers answered the call and studied with him seven or eight times.

Prisoners do not have televisions, their environment is rather sterile, and reading material is limited, but they do have Bibles. “There is amazing spirituality among some of them,” Childers said. “They read their Bibles during the week and have questions about what they have read. They stand in line with their questions—honest, sincere questions.” Childers begins his classes by answering that week’s questions.

Recently, Tony Hysmith, an elder at the Estes congregation, contacted Childers informing him he had received a phone call from the jail telling him two prisoners wanted to be baptized. “This was during COVID,” Childers said. “No one had been going out there. These men had been studying on their own.” He has also received calls regarding men who had studied with World Bible School who wanted to be baptized.

This September, a man visited the Finger church and waited after services to talk to Childers. He had come to tell him that he had been released from jail, had a job and was doing well. “I hardly recognized him,” Childers said. But the visitor had more to say. He wanted to talk to Roy Sharp, retired FHU Bible teacher. Confessing he had stolen a four-wheeler from Sharp, he wanted to make amends.

Recently, a prisoner took the pencil Childers had provided for them to use when signing into class. The next week the prisoner returned the pencil and apologized for taking it. The other men in the class had confronted him about it and made him promise he would give it back. “Sometimes, I am blown away by these men,” Childers said. 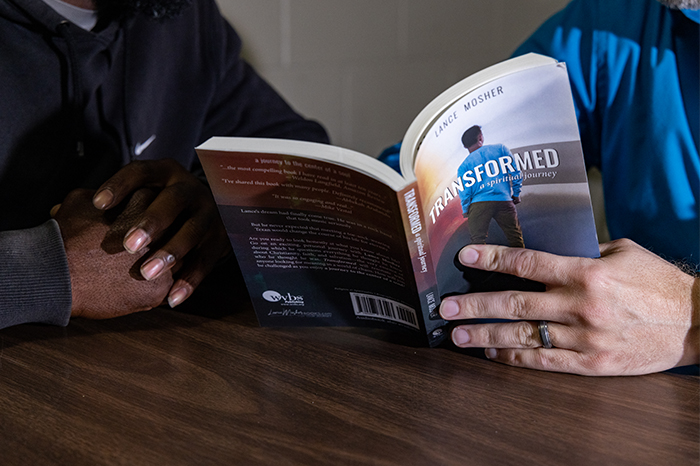 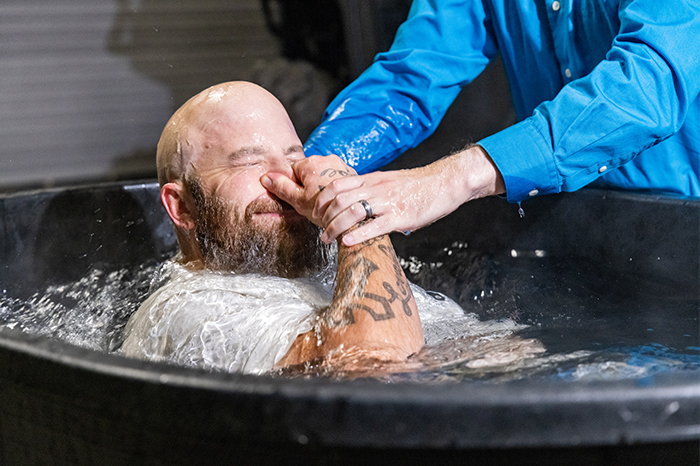