ANSWERING THE CALL FOR UNITY

It is the great calling — loving the Lord and loving our neighbor. Two events held this spring were focused on spreading unity and love on Freed-Hardeman University’s campus and throughout Henderson and Chester County.

Be the Bridge was held in late January for African American alumni to share their experiences as minorities on campus. In the weeks that followed the program, the coronavirus pandemic interrupted the spring semester, moving classes online and leaving everyone wondering when things would go back to normal.

Instead a new and disturbing normal emerged, one that was painful to look at, let alone digest. News stories of police brutality impacting African Americans from Georgia, Kentucky and Minnesota spread and sent a wave of emotions — anger, shock, sadness — through the community. But those incidents also drove people into action.

“I spoke with TJ about the pain, the reality and the emotional burden that people are feeling and we said we need to do something that is community wide,” Shannon said.

Kirk added, “We wanted to bring people together, to get them off their phones, off social media and to get them to be face-to-face to have a conversation. Collectively, our statement is that racism has no place in this county.”

“What should be our response during a time that is stirring so many emotions?” Shannon asked the crowd. “The movement that is coming out of the recent tragedy, I believe in 100 percent. I hope our children and grandchildren can talk like my generation can when we say ‘Do you remember how things changed coming out of the ‘60s?’ Laws were changed, and communities were changed. Do I think we’ve arrived? No. Do I think we have a long way to go? Yes. But let this be the decade when white, black and everyone else say, ‘Enough is enough; it’s time to unite!’”

Each speaker echoed a similar message of unity.

In Saunders’ message she wrote, “Protests are not the end of progress, they are the beginning. Not only should we say we’re not racists, but we should say we are anti-racism.” She encouraged everyone to work together to dismantle the racial biases in every aspect of society.

Croom shared her vision for a United States where the “us” and “them” mentality is eliminated and replaced with intolerance for racism, bigotry or injustice in any form.

“I see a place for children where police brutality ceases to exist because in 2020 the people took a stand to not let injustice continue to destroy our nation. And I see a place where police are valued for their service to mankind,” Croom said.

Davidson pledged his commitment to serve everyone fairly and equally, while King vowed not to allow racism to go unchallenged.

“If you don’t (challenge racism) it will tear this community in two,” King said. “We call out injustice when we see it, no matter who it is or what it is.”

Additional remarks and prayers were led by several individuals, including Adam Link, Rick Seaton, Shane Connor, Troy Kilzer II, and Marvin Croom. Their comments focused on the importance of loving neighbors and of the community’s being a shining light.

“Prayer is our best option, not our last option,” Kirk said. “I believe prayer is where this all starts. The actions that follow will come from God’s spirit to act on His behalf. We can’t do anything at all without Him.

Shannon encouraged the crowd to act compassionately toward their neighbor when faced with the opportunity to speak against injustice.

“Compassion causes good action,” Shannon said. “Our great responsibility is a standard of truth higher than any of us individually, and in that, we are to always speak the truth in love.”

Shannon and Kirk hope the event was the start of a movement of conversations that lead to a more unified community.

“God sees your neighbor; it doesn’t matter their faith, ethnicity or which side of the tracks they live on. And the soul searching question for all of us is, do you?” Shannon said. “The best life to live is not a life that doesn’t see color. It’s a life that loves color.”

Before the spread of the coronavirus and subsequent quarantine and mandatory isolation that followed, a crowd of students and alumni gathered in late January in Ayers Auditorium for what they hoped would be the first of many conversations to break any barriers between students of different ethnicities.

Smith and Nadine McNeal, director of social work at FHU, have led the Be the Bridge student discussion group for the past several years using a college discussion guide designed for racial reconciliation. Be the Bridge is a national nonprofit organization.

The discussion also was in observance of Black History Month and part of the university’s 150th anniversary schedule of events. The program acknowledged that not all students could attend Freed-Hardeman during its early years. The school desegregated in 1964, and Saunders was the university’s first Black graduate in 1967.

“I tend not to focus on the past,” Saunders said. “I think about the present and the things that I can change."

Saunders advised students to come “out of their comfort zones” to learn more about people who do not share their same racial identity or culture.

McNeal, who also served as a panelist, hoped FHU would host more activities where students could discuss racial perceptions and learn to ‘see people as they are.’

“It would be good to have a university-wide attempt to unify the entire student body,” McNeal said.

Alumnus Michael Jones said during his time as a student in the late 90’s he wished he felt a greater sense of unity.

“While I met many wonderful people, I did not always feel heard and, therefore, did not feel important,” he said.

“It’s not a single event, but there needs to be small events (throughout the year) including chapel speakers,” Sylman said.

Be the Bridge and CommUNITY Night launched what organizers hope will be a continuous effort to bring people together. 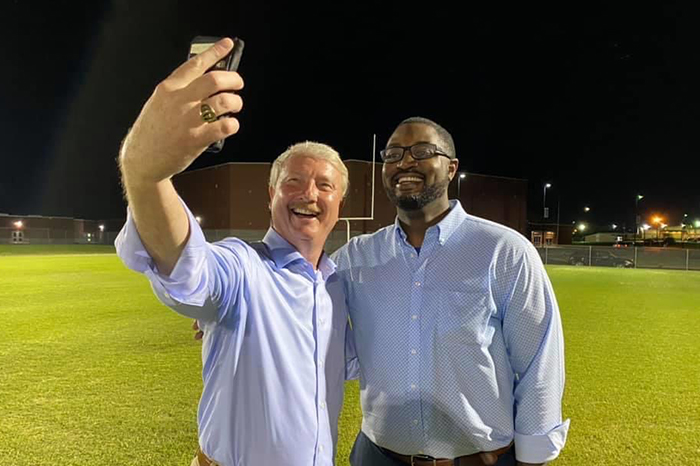 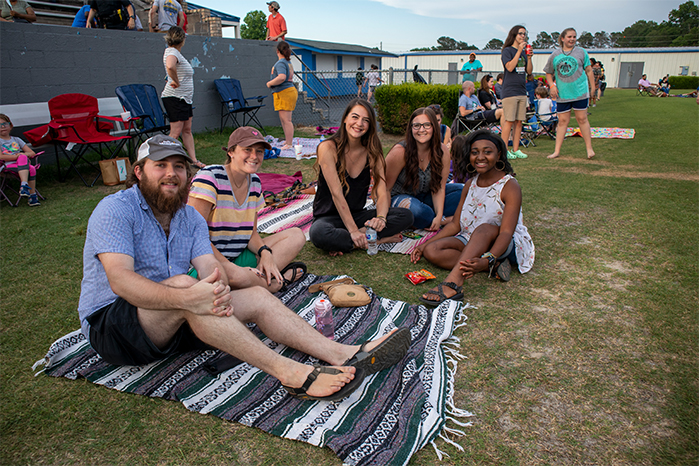 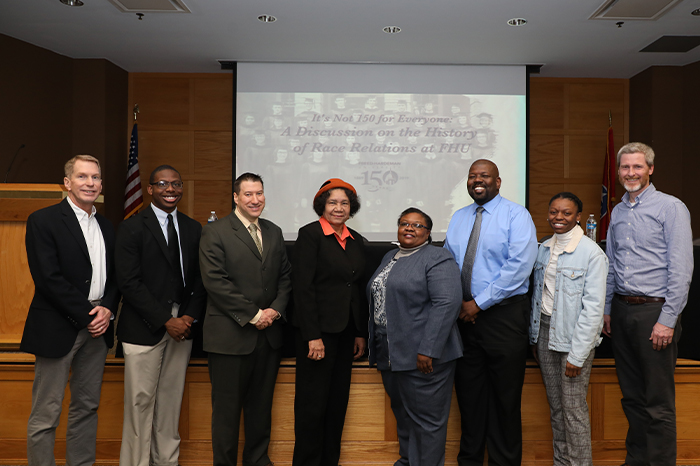 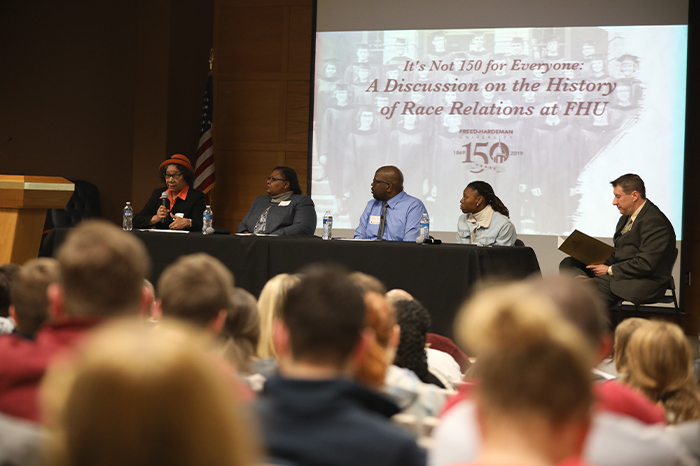 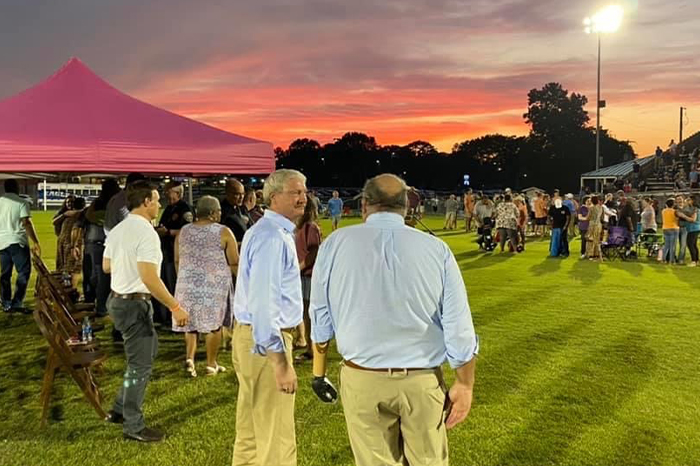