Freed-Hardeman University alumnus Rodger Holtin (‘72), lover of music, history, and vinyl, is nearing completion of a project to find and make available to friends of Freed-Hardeman, the sounds of her past. The FHU Vinyl Project, as he calls it, entails finding vinyl recordings of the college choral groups, chapel, the Pied Pipers and sermons, converting them to digital and making them available to other FHU alumni and friends.

As an employee in the FHU bookstore about 15 years ago, Holtin noted several individuals requested recordings of the Freed-Hardeman College Chorus directed by Kelley B. Doyle. Unfortunately, he had to tell them none were available. So, Holtin began a search for the master tapes. His campus search proved fruitless. Although the library had “well-used” copies of most of the recordings, there were no master tapes of the Chorus. He expanded his search to Goodwill, flea markets, estate sales and rummage sales. When his employment changed, he abandoned work on the project for a while.

Volunteering as a researcher for Greg Massey’s history of FHU rekindled Holtin’s interest in the vinyl project. “I hiked over to Greg’s office to offer him grunt help,” he said. “He sent me to the library to scan all the microfilm of the Chester County Independent since 1950.” Holtin also pulled audio snippets from the “Sounds of FHC” albums while scanning the newspapers. “This was the impetus for the reboot of the project,” he said. He now has all of the “Sounds of FHC” albums, multiple copies of some, which he purchased to find the best copies from which to make digital transfers. Since these albums had no original liner notes, he searched old yearbooks and student newspapers for names and spellings.

Although Holtin’s interest in old recordings goes back to his grade school days, his fascination led to an unlikely connection to FHC/FHU a few years ago. In 2007 in a Dyersburg Goodwill store, he found a professional-looking lacquer recording with a blank label. Intrigued, he “shelled out the two bucks to find out what was on it.” He discovered a recording of a remote radio broadcast promoting a Senath, Missouri, Piggly Wiggly that had just been air-conditioned. A farm laborer named Charlie Barks, a customer in the store, participated in a trivia contest. It was broadcast on the radio and captured on a 78 RPM disc.

“Off and on for the next 12 years, we tried to locate Charlie,” Holtin said. Finally, with the help of Mary Johns, Steele, Missouri, Holtin found his grave in a Senath cemetery. By tracing obituaries, he and his wife Alice, found Charlie’s son. Holtin, using his FHU address, posted a message to him on Facebook. That son forwarded the message to his sister who, as luck would have it, had graduated from FHU in 1997. “On the credibility of my FHU email, she answered me,” he said. Michelle Barks Carey had been in school with three of Holtin’s children and now lives in Oakland, Tennessee. This year, the Holtins delivered a copy of the CD to her.

Holtin is currently converting the Pied Piper records to a digital format. All of the CDs completed by Holtin are available for purchase at the FHU Christian store. In addition, he is still searching for recordings on lacquer-coated aluminum discs, home or radio station recordings, or dictating machine discs.

For Holtin, the most earnestly desired of these recordings would be one of N.B. Hardeman, long-time president of FHC, preaching. “He spent so many years on the radio in the 1930s and 40s, that I am totally convinced there must be some old lacquer records of a youthful Brodie Hardeman out there,” he said. Radio stations commonly used lacquer-coated aluminum discs to capture audio for use at a later time during this period, according to Holtin. Where are these recordings? If they – or any original recordings by the Chorus – are hiding in your attic, Holtin would like to talk with you. 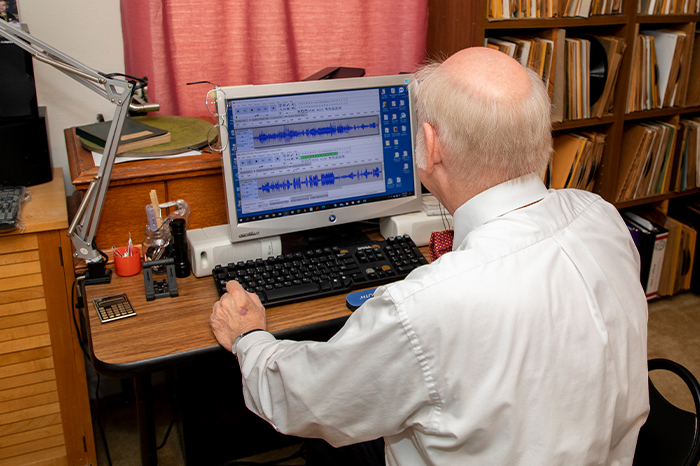 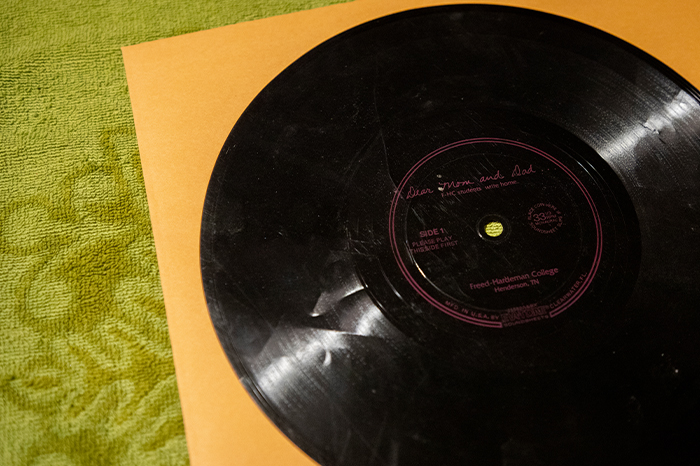 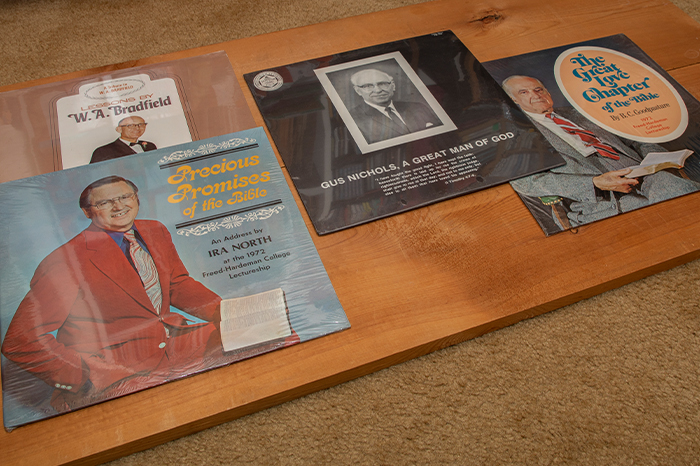 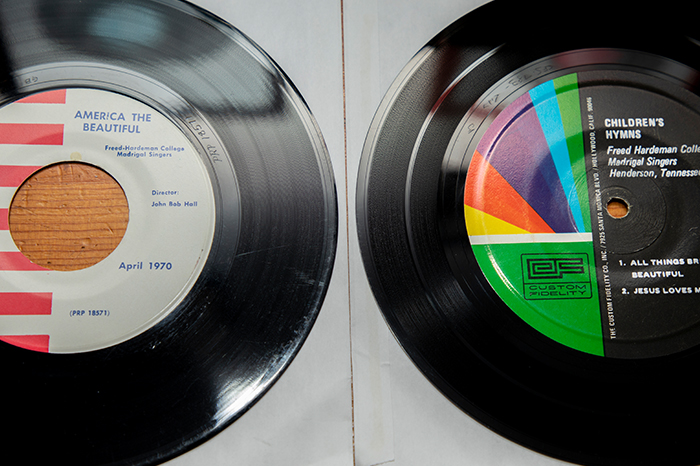 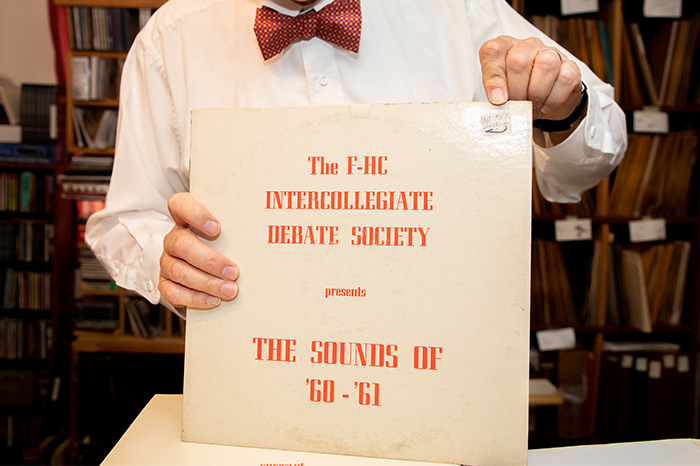 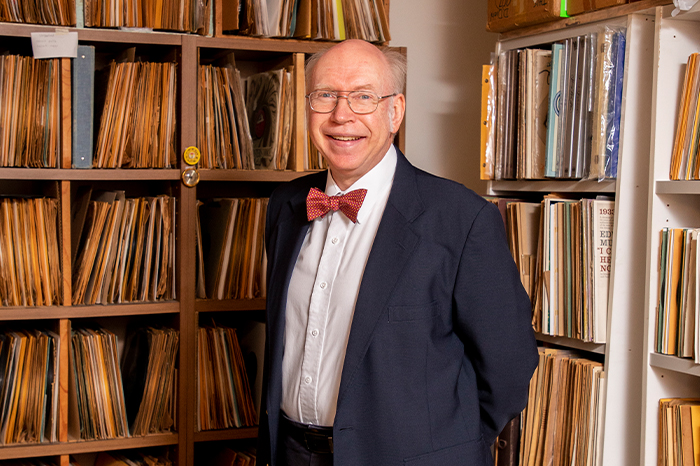 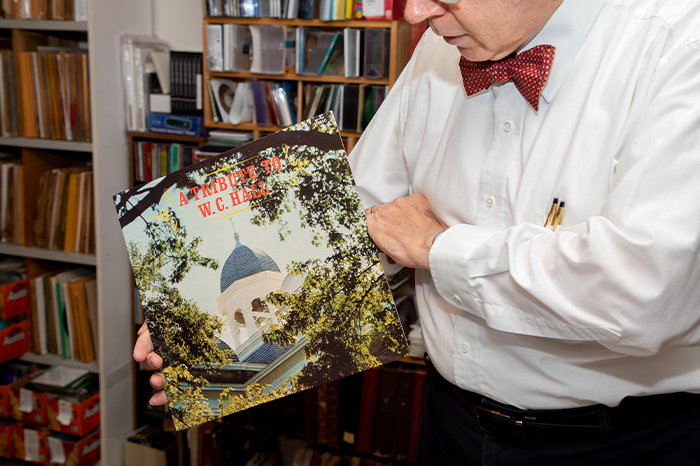 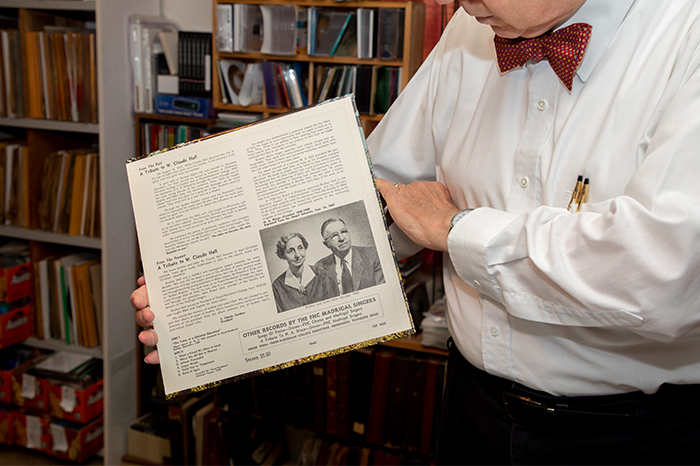 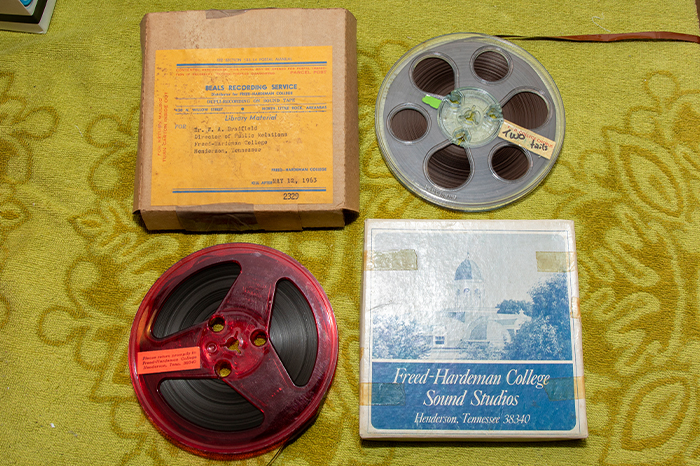 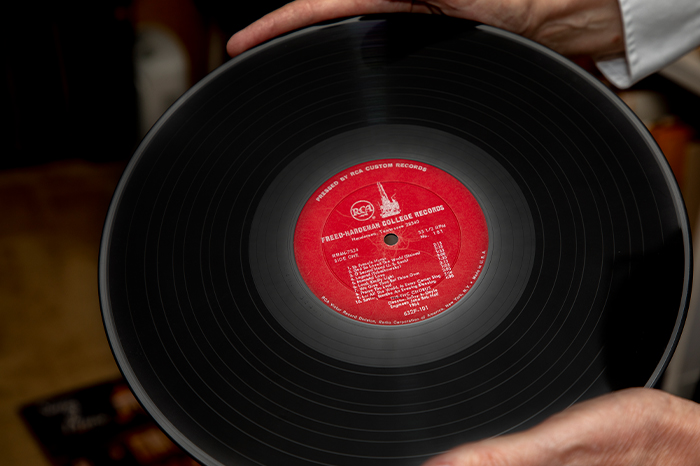